12 team ppr.
I have Demarco and have been trying to lock up Derick Henry for the playoffs. The team that had him had too high of a value on him so I was never able to get a trade through, until I picked up Sterling Shepard off of the waivers. Now the league has vetoed my Shepard for Henry trade saying that it’s not a balanced trade. Thoughts?

I think it’s only “unbalanced “ because of the injury to obj making sheps workload heavier, but if Murray goes down with an injury knock on wood then Henry would be the better of the 2 players.

Trade should not have been vetoed. Yes right now shepherd has higher value but you’re right if Murray goes down Henry up in value. Owners should be able to run there teams however they want unless collusion

Agreed. That is a ridiculous veto.

I’m going to push to get rid of vetos and the review period next year. It’s ridiculous because only 4 of the 12 have to veto. It’s so hard to make trades actually happen lol

can you try the trade again but have him throw in a bottom waiver wire target so it’s 2:1?

agreed this was a ridiculous veto

If you’re going to stay in a league like that, you need to beat the drum on this issue. That’s ridiculous. Here’s a column from a year ago by Matthew Berry on this very subject. Share it with your commissioner if you think it will do any good. 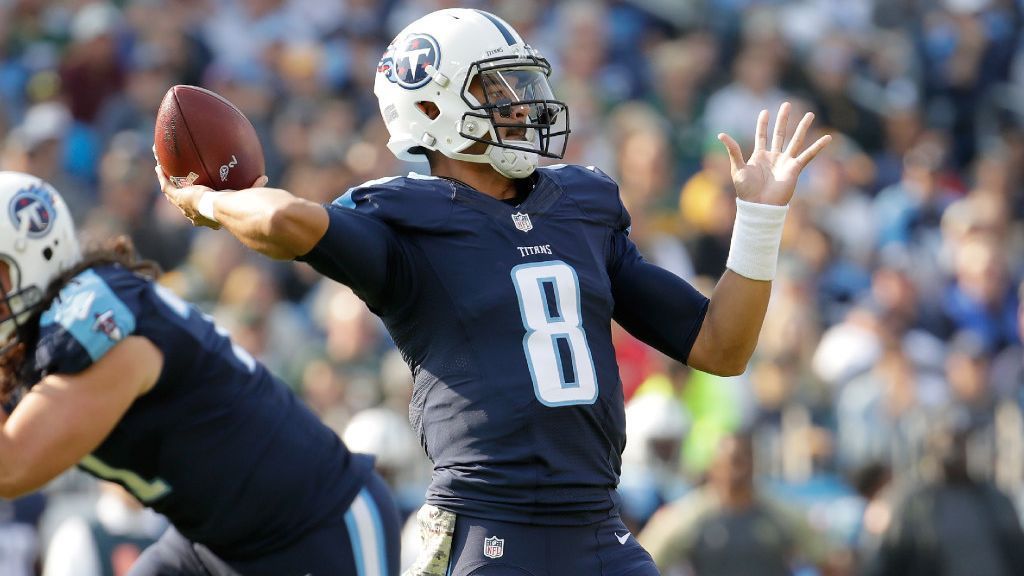 Matthew Berry offers the players he loves and hates for Week 11 and takes a hard stance against vetoing trades in fantasy football.

Thanks ukridge for this article. May be a little too late now, but I am making this a huge deal next year for the entire league about the vetoing.

Unfortunately that plan was vetoed too. I did some digging and they aren’t vetoing the trade because it’s unfair, they are doing it because 1: they’re d*cks and 2: the guy she’s playing against doesn’t want to play against Shepard this week. As I said in an early comment only 4 players need to veto a trade and he’s roommates with 3 of the players

Yeah I’m staying in the league. It’s a great group of friends. But the commish is already aware of the trading issues and for next year we are revising it. I also got everyone to agree to FAAB instead of waiver priority so every year the league gets better. This trading issue is just the newest to come up

I think that’s a fine veto. I would maybe veto it based on the rosters but either way, it’s absurd to argue all the “ifs” of a trade. Obviously Henry would get a bump in value if Murray went down, but there’s no ground for that argument to have any sort of substance because that’s completely hypothetical right now. But with Shepard’s value, you don’t have to try and predict any sort of future because it’s already set in stone due to the injuries that have already happened.

I would definitely rather have Shepard given the current situations

I definitely agree that Shepard is better right now. But I understood that I’m trading away the player that is currently more productive, I’m after my handcuff for those playoffs and shedding some of my depth for insurance.

It’s ridiculous for them to veto this trade… I’m angry with you! I hate it when teams start cherry-picking what metric they think make a trade unfair. How about the fact that both players have essentially the same amount of points on the year! I had a commish last year veto a trade cuz ‘he could tell the future and knew it was unfair’… so I co-commished this year and didn’t invite him back…boom!

Thanks for the solidarity bud! That’s a nice way to take care of the problem. Just gotta make sure we fix this for next year

I don’t think any trades should EVER be vetoed. I think this is a fair trade since both sides have needs to fulfill.

That should not be vetoed. Shepard obviously is better right now, but your league shouldn’t stop you from handcuffing Murray. Thats you’re decision.

Vetoes should only occur when there is some clear collusion IMO

The collusion seems to be in the vetoing of the trade. If there are divisions and you and the other party are in different divisions then it would be too easy for the others in the division of the player getting Shepard to get together and decide it is bad for all of us so we should veto. The player’s vote for vetoing because they are the opponent should not be allowed if they made this known. If your commish didn’t veto I would ask them to step in. If it is a group of friends, they might be upset but they’ll get over it.

That is ridiculous. I’ve never seen a trade vetoed, but shouldn’t it be unanimous or at least majority?