I have Martin as my rb1 AP as my 2 should I start Beast mode against the chiefs, Alfred Morris, or Alvin Kamara as my Flex?in a standard league. Thanks footclan!

Zeke should play so I don’t think think Morris is the play “yet”. I personally think Lynch hasn’t shown anything to prove he’s a solid play when you have all RBs available, only would play him on Bye hell. So AP/Martin/Kamara is the play.

I’m curious what you think is going to happen with Lynch. I drafted him as my #1 RB, but can’t rely on him at all. I don’t think he’s played all that bad and when I’ve seen him he’s looked pretty much like the old Beast Mode (admittedly, I haven’t seen him much since week 1). It just feels like they don’t want to use him. In that Sunday night game against the Redskins, the Raiders had first and goal at the 4 and Lynch was on the sidelines eating skittles. Why did they pay him all that money if they can’t use him on first and goal? Anyway, I don’t really want to cut him, but I don’t know what I can get for him either.

Zeke suspension starts now so Morris is a good one

Nah, not for another 2 weeks or until another ruling

Zeke will play against the Niners, report just came in. As for Lynch, it’s like what the guys say. If you saw him in the FA you would pick him up. He’s a great bye week play. 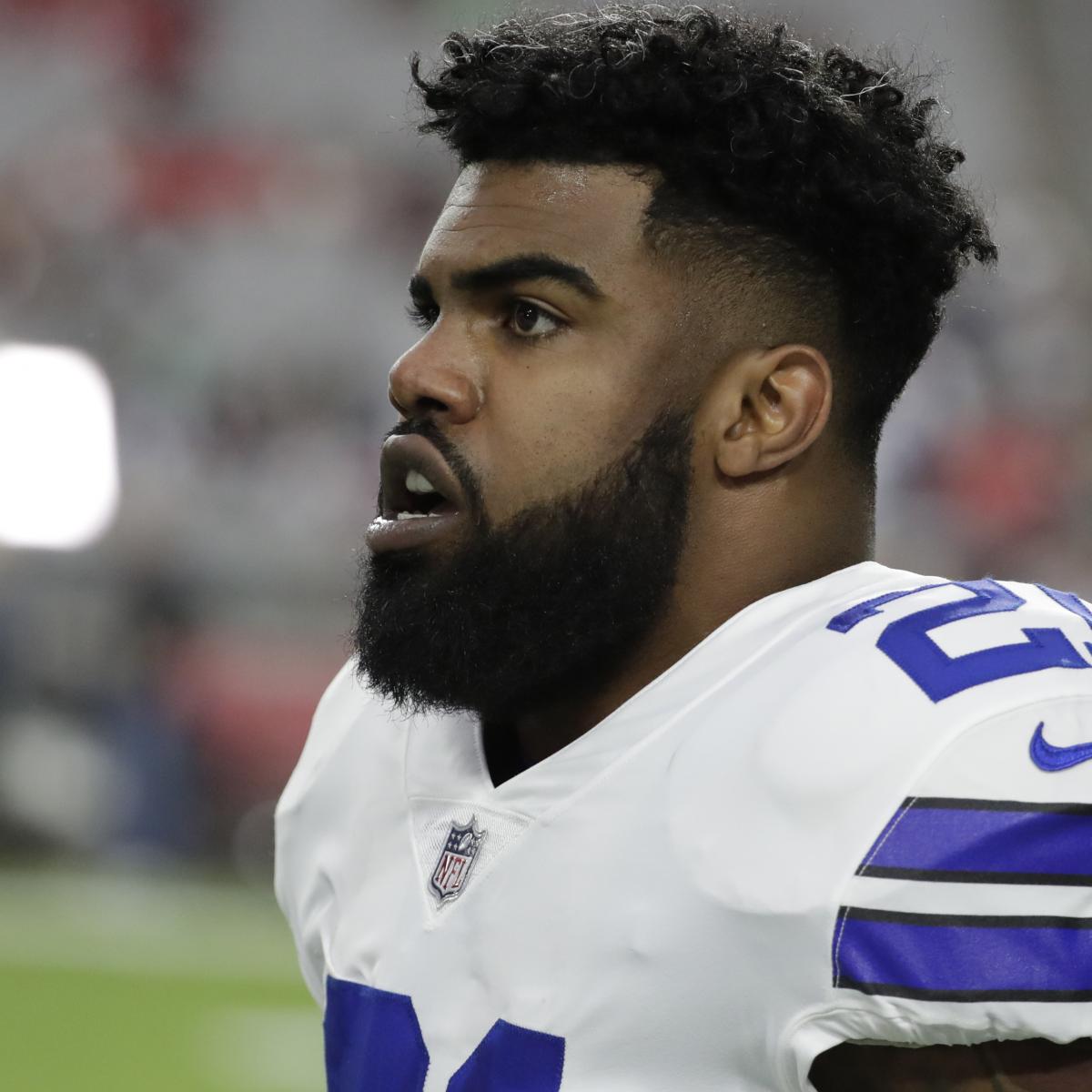 Ezekiel Elliott Will Play vs. 49ers in Week 7 After Suspension

Dallas Cowboys running back Ezekiel Elliott will play in Sunday's Week 7 road game against the San Francisco 49ers at Levi's Stadium after the U.S...

For my wr2 I have DJax but Robert Woods and John Brown are both available on waiver would you guys start one of them over DJax this week?

Beast Mode’s on that list of players like Crowell. The owners aren’t happy that they drafted a starter and got a bench reserve player. But if I see them dropped i’m snagging them every time.