Would you do this deal?

PPR league where we start 1 RB, 2 WR and 2 Flex. I love my team (and this isn’t some sort of humble brag because I lucked into it a lot of ways) but would still like to boost my squad. Was thinking of offering Demaryius Thomas, Jerrick McKinnon and a throw in like McFadden or Pryor for Julio. Would you do it and do you think that pulls Julio? Is Julio over DT enough of a boost?

Any other suggested moves?

That depends on the needs of the Julio owner. Julio is not doing as well as we’d like pulling WR2/3 numbers currently. So I would be hesitant to let Thomas walk. See if you can trade off McKinnon and McFaddedn for Julio.

Julio owner is 2-4 and needs to win now. has a lot of mid level talent so I don’t think he would go for just mcfadden and McKinnon…his receivers are thielen, Julio, Agholor, Tate and Funchess. His Rb’s are: demarco, mccaffery, Doug Martin, Ellington, Ivory…

This is just my opinion but a lot of players, including myself, who had/have middle-ish talent across the board and are 2-4, 3-3(like me) they become hesitant to let their perceived only star walk (Julio). You may have a hard time getting Julio off of him unless you pay up big. But the more I look at your team the less inclined I am to think you should bother with Julio. Are there other players that are 2-4, 1-5, 0-6 that have RB problems. Maybe target them.

Yeah I have definitely noticed that as well…seems like cutting off one’s nose to spite their face imo if it upgrades multiple positions (like I I did DT McKinnon) but I do see it too…there’s another 2-4 team with major rb issues (lynch, dion Lewis, Abdullah, Adam Jones and Gallman) who has both jordy and Michael Thomas…jordy definitely worries me though with Rodgers out (and I’m sure him as well) so don’t see him as a must start in my lineup (weird to say) unless Hundley balls out…so it becomes does Thomas become more of a must start over DT, Freeman or Ingram/Kamara in my flex…thoughts?

Yes I think M Thomas would move straight to your starting WR and then you could flex Ingram, Kamara, Freeman, or DT. I’d even be willing to give up DT in the trade to acquire M Thomas.

That’s a bummer. Try this out. Send them a trade value chart, every once in awhile it works but . It acts sort of like a third party so it seems “Fair”. IF you use this one on CBS (link below). You are giving him more value than you are getting. May help convince them it’s not a bad trade. 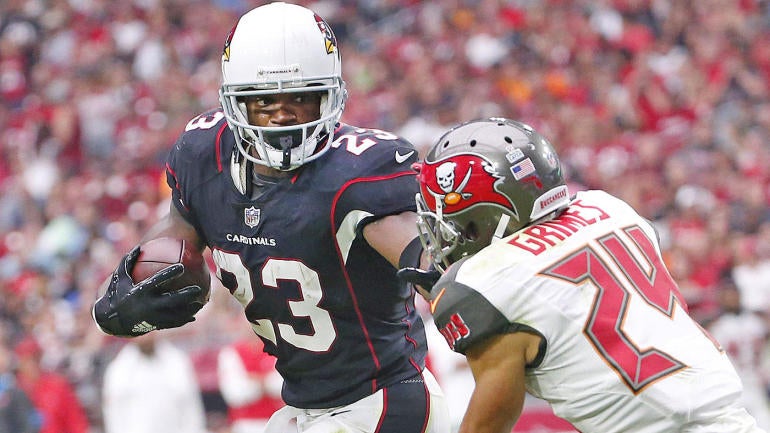 Whether you're dealing Adrian Peterson off his red-hot, two-score game, or aiming to swap a Cowboys running back, our Trade Value Chart displays fair value for every name player in Fantasy Football.

So he finally came back with him giving up Michael Thomas for my DT, Ingram and Amendola…I would still have Kamara and McKinnon to flex into my last flex spot and it would give me two plug and play WR’s but man I wish he would take McKinnon instead…I definitely feel more comfortable with Ingram in that offense and love his playoff schedule…but I’m really tempted…am I giving up too much in your opinion? Do I just stand pat? Grrr… And @Abdullah_Oblongata I’ve seen and respected your opinions as well, what do you think?

That’s giving up way to much. Ingram and amendola should definately be enough. Including Dt in there to is completely lopsided on his end.

@dirtyjerz I had to read all the threads on this one. Michael Thomas is a WR1 for sure in that offense. With the trade being you receive: 1 wr (#1) and he receives: 1 wr2 with wr1 upside, RB 1 or 2 Rest of year, AND Amendola (Great Flex). I am leaning toward that being way to much. what I would do is wait till next week and see what Thomas does against GB. Hope he has another down week and the person you are trading with looses again this week. You have a great line up and strongly believe you can get a win this week with your current roster. Then offer him DT and Prior. 2 for 1 to upgrade your WR and keep all your RBs! Final thought: Take a stab at Thomas again and throw DT out there with McKinnon and let him know that if Thomas has a bad week this week you wont be interested paying up the current value you are offering! As your Jordy concern…Few years ago with Aaron out with the left collar bone injury, Jordy only lost 2 ppg with Hundley replacing Aaron. So still a solid WR2 with WR1 upside (TD Dependent)

Thanks man! Good points all! And I knew you’d have great insight! You da man!

Accepted for DT and McKinnon! Thanks again!!

That was a really interesting and intense read! I’m in a standard league and I’m facing a similar scenario.

I decided to offer Diggs for Julio, but it got rejected and countered with the Julio owner offering Julio and Ertz for my Gronk and McKinnon.

What do you guys think?

In a vacuum I like it, you’re essentially swapping gronk for ertz who, while not “gronk” has been consistent as hell and McKinnon for Julio which I would do all day…but it depends on what that does to your RB depth…what do the rest of your RB’s look like?

I have Hunt, Martin, DJ (still) and Kelley ( who I have put a waiver offer in for buck Allen where I’d lose Kelley)

My WR are Baldwin, Hilton, Diggs and Fuller

Sorry for hijacking your thread pal, cheers for the advice though